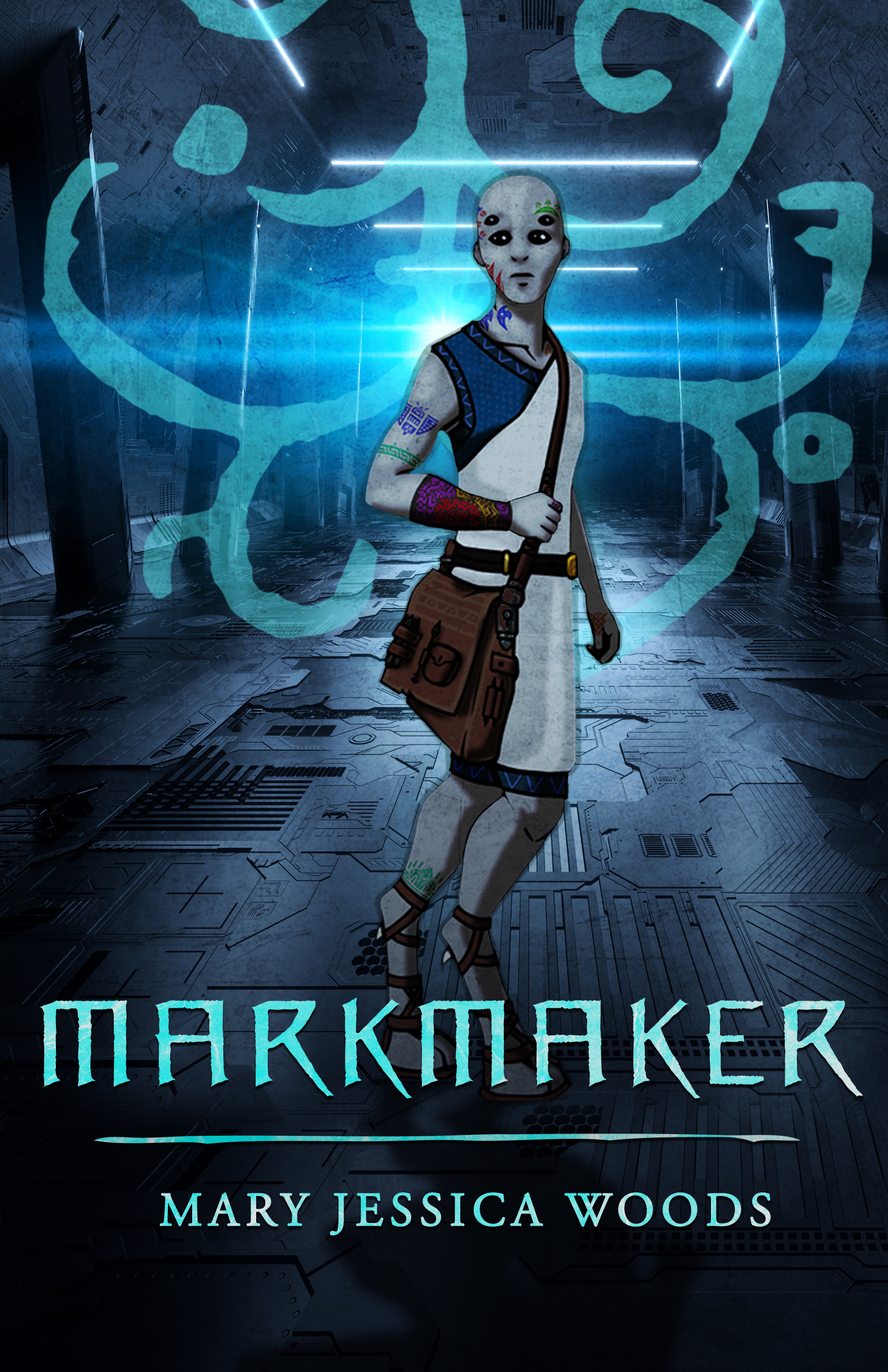 He swore to paint the truth. Now he is living a lie.

For the Noxxiin people, tattoos define identity: they commemorate birth, ancestry, accomplishments—even crimes. As a tattoo artist living on an ancient generation ship, Mariikel Serix has sworn to record the truth. So when he becomes an unwilling accomplice in the banishment of an innocent man, he is horrified that he has broken his oath—and his eyes are opened to the misery of the Underbelly, the realm of the outcasts.

Despite the risk to himself, the young markmaker begins secretly helping the ship’s exiles. But more trouble is brewing. The Serix guild, which regulates the ceremonial tattoos, engages in a power struggle with the Ascendance, a domineering political faction—and the conflict threatens to destroy the fragile peace among the Noxxiin clans. Amidst this discord, an enigmatic artist named Haza’ruux singles out Mariikel to be his apprentice, for hidden reasons of his own. As Mariikel ventures deeper into a maze of political strife and ancient clan secrets, he realizes that his pursuit of justice may not only cost his reputation—it may cost him his life.